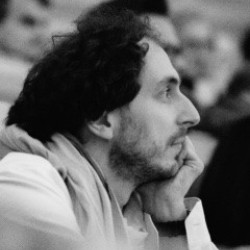 All posts (if not otherwise stated) written by Dirk Brünsicke. Published with Ghost.

I love working with startups and enterprise companies. I like to work with talented and motivated people. Therefore, i gathered experience in creating, maintaining and developing software in projects of different size. That is not only true for the codebase, but also for the business aspects of a growing company.

I am deeply involved in everything regarding web-technology. I love to test new things and play with innovative and new tools.

Please find below an excerpt of projects i worked on my own or founded as a company. If you want to know more about me, as a developer see my GitHub or sourcerer Profiles.

CloudContent is a database-as-a-service webapplication api to store any amount of data. It incorporates a powerful permission system. CloudContent enriches content via various vectors, such as geo-tagging, automatic meta-filtering and fast and potent search methods.

It has been created as one of the first projects involving a no-SQL database at that time (around 2007 and powered at least 5 internal and client projects without any problems. It has been built with a focus on scalabality and performance.

After Groupon hit the market and copycats popped up, the daily deal market has been founded. It was fun to see new offers each day, but it was a tedious task to collect them from all over the internet. It was time to build a platform that integrates them all: A deal-aggregator. Also, shopping at those platforms is not really enjoyable, but we wanted to make it fun. So we gave birth to Jay, our Yeti who would guide you through all deals. All deals were moderated, categorized and could be filtered by personal settings. We used gamification elements, such as collecting virtual points, leaderboards, achievements and lotteries to make ShopYeti much more fun to use.

After i started to use CakePHP i realized good documentation was missing. Even more so for documentation in german and i started to change that. I opened up a channel in IRC, started to write articles both in english and german to help propagate the use of CakePHP and improve quality for developers already using it.

I collaborated with other developers and authors to create a website completely devoted to CakePHP and web application developers using it. I partnered with Fahad Ibnay Heylaal, creater of Croogo, the first CMS written in CakePHP.

As a software developer i work on various projects. I like working with open source software and try to contribute as much as possible. Besides engaging actively with open source projects i use, i also share libraries i created under an open source license.

I started very early to develop my own php framework, which aided in application development. I called it "TheWebCore".

After i started using the now popular open source framework CakePHP i was able to create projects much faster. My clients benefitted from fast prototyping. We improved while we learned, what was needed.

I was involved in the development and documentation efforts around CakePHP. I attended conferences, held some talks and put a lot of time into creating a collection of plugins and content-management systems to make building applications even faster. I also built up on the famous bakery, which is still the biggest resource for CakePHP developers.

After Larry Masters, founder of CakePHP decided to stick within its own boundaries, most core-developers aimed to be more open-minded: they eventually split apart. A new framework was born, called lithium. It was one of the first of its kind and completely utilized all new features of PHP 5.3+. It was small, fast but very powerful. Yet, it is one of the fastest available frameworks that also introduced AOP (aspect-oriented-programming).

I went live with various projects with lithium while it was still a 0.3 release. It never failed to amaze me with speed, flexibility and stability. What else could i wish for? It was even elegant in code and set a new standard for PHP developers.

Again, i created a whole set of libraries to be used with lithium. Since lithium itself is more like a meta-framework, i could built stuff on top of it that never has been possible with CakePHP. I created a new foundation, that is between being a framework and a CMS. I called it radium, to go along with the lithium theme. It allows very fast development of high-end applications that scale, are easy to use and can integrate everything a web-developer wants nowadays.